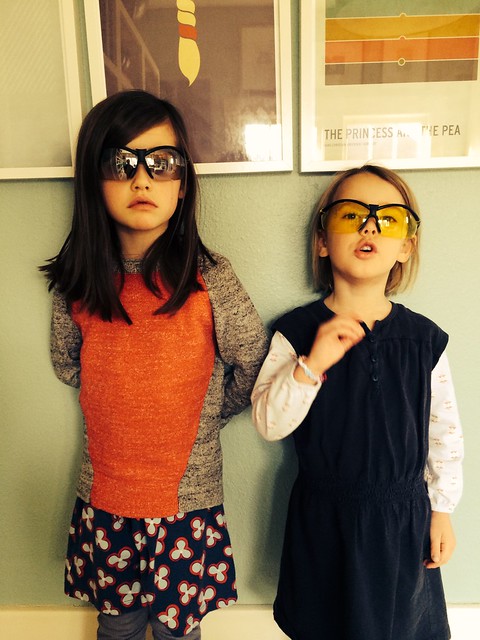 1. I found this photo on Telfer’s phone – he took it on New Year’s Day – and it is just awesome. How could this not be one of my favorite things this week? The girls were apparently playing jewelry factory in their room and needed safety glasses. Daddy was happy to get some from the garage. 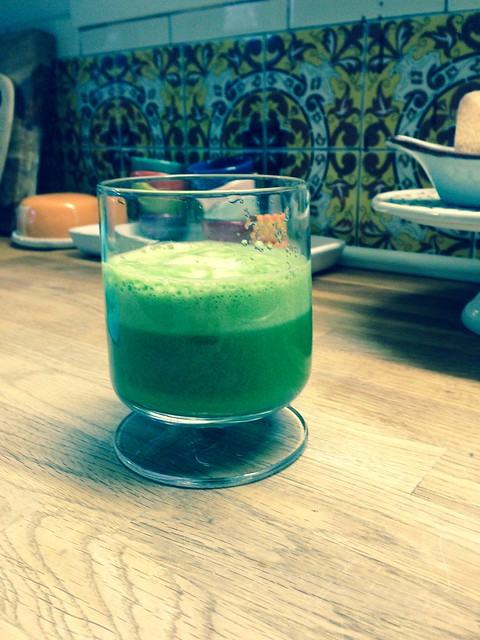 2. So I bought a juicer at the beginning of January – it was the usual I-need-to-eat-(drink!)-more vegetables-at-the-beginning-of-the-year-goal. It took me a couple of weeks to psych myself up enough to actually get it out of the box and figure it out. And now I have and am having the best time juicing all sorts of things. My favorite so far is a combination of kale, apple, cucumber and lemon juice. I added some carrots into the mix yesterday and thought it was great. I have learned one thing already: do not buy kale cut up in bags, but actual whole leaves. The motor on the juicer is really powerful and basically blows little bits of kale all over the place. The first time I used the juicer I basically had to vacuum while drinking my juice because I got it everywhere. Telfer likes it now too – he was a little concerned at the outset – it’s so green and the juice separates pretty quickly if you don’t drink it immediately. 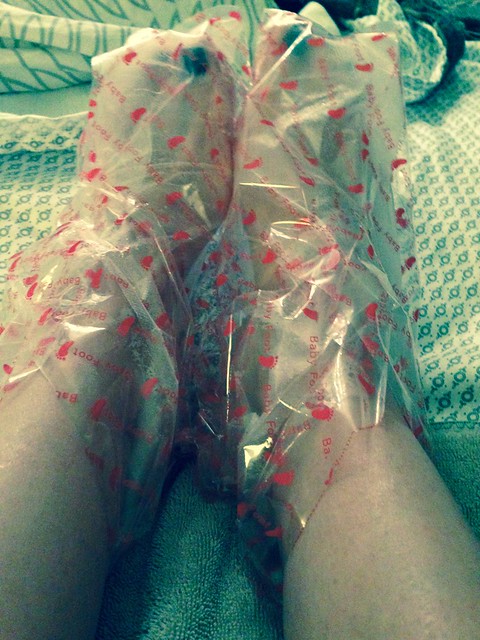 3. This is a little weird, but I read about these Japanese foot masks on a blog and decided to try it out. You wear these little booties on your feet (I about killed myself on the stairs so be careful if you decide to try) for an hour and then 5-7 days later all the skin peels off, leaving your feet baby soft. I wore the booties on Sunday night and by last night all the skin on the bottom of my feet started coming off in large, satisfying-to-peel chunks. As Telfer said at midnight last night, “This is better than a sunburn!”. Kind of gross and kind of awesome. 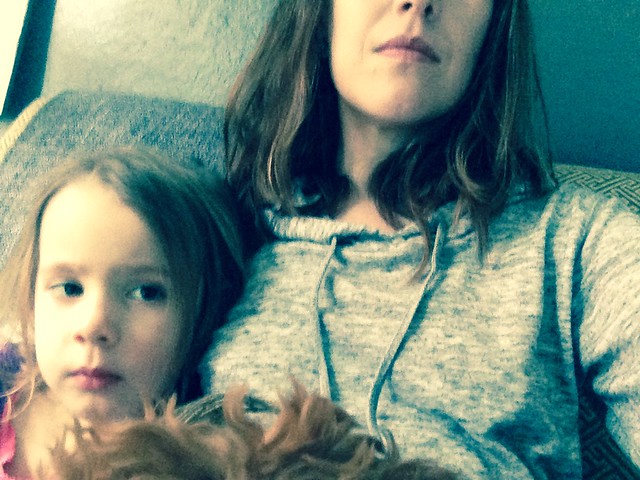 4. On Thursday morning, I dropped Jane off at school suspecting she might be sick but she didn’t have a fever and lately she has beens saying her tummy hurts all the time, so I wasn’t really sure if I believed her. Ten minutes after I dropped her off, she threw up all over the breakfast table at school. I felt so bad! One of my employees was able to work all day so I could stay home with Jane. We watched Frozen and colored and played Candyland and in very Jane-fashion, the first thing she said when we got home was “Can I have a snack?” Of course she wanted black licorice but we started off with saltines and juice. My kind of stomach flu! 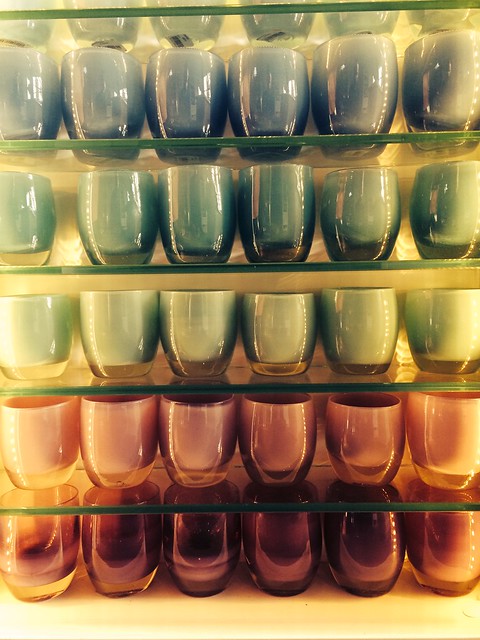 5. I stole this picture of glassybabies from Telfer – we were at the shop during December to buy a gift – and it is just so pretty. We have all sorts of great things planned this weekend. I went to Seattle with Sherry last night – such a good time. I am hoping to walk George later this afternoon but first, Jane has a sweet little friend coming over for a playdate – this little girl has a brother at home so we are going to have a really girly morning with our itty bitty babies and dress up clothes. Later tonight we have a babysitter and are going to dinner with two of our favorite people. And tomorrow of course we are watching the Super Bowl with good friends. Cate really wanted a Seahawks shirt so Telfer found one for each girl. I am going to work at the bookshop until the game starts then we might close a little early. Downtown will be dead. So go Seahawks? Tepid at best. I am in it for the food mostly!