It’s MLK Jr. day and the girls have the day off from school. Today is my usual work-from-home day and  I have done a highly enjoyable combination of bookshop details, futzing around in my kitchen, slowly but surely working through my laundry piles and facilitating the world’s best playdate. On these days off, all the girls want to do is stay home so we invited Henny, one of Cate’s friends from school to come over. Her birthday falls in between Cate and Jane’s birthdays and they play so well together. All three like to create complex play scenarios (the stairs were a mountain range and a great journey was undertaken). We took a break to bake the madeleine’s Cate and Jane and I made earlier in the morning and to have a tea party. Other than that the girls were upstairs, downstairs, outside. Jane moped hard for an hour after Henny left. “It’s just so hard when our friends have to leave.” 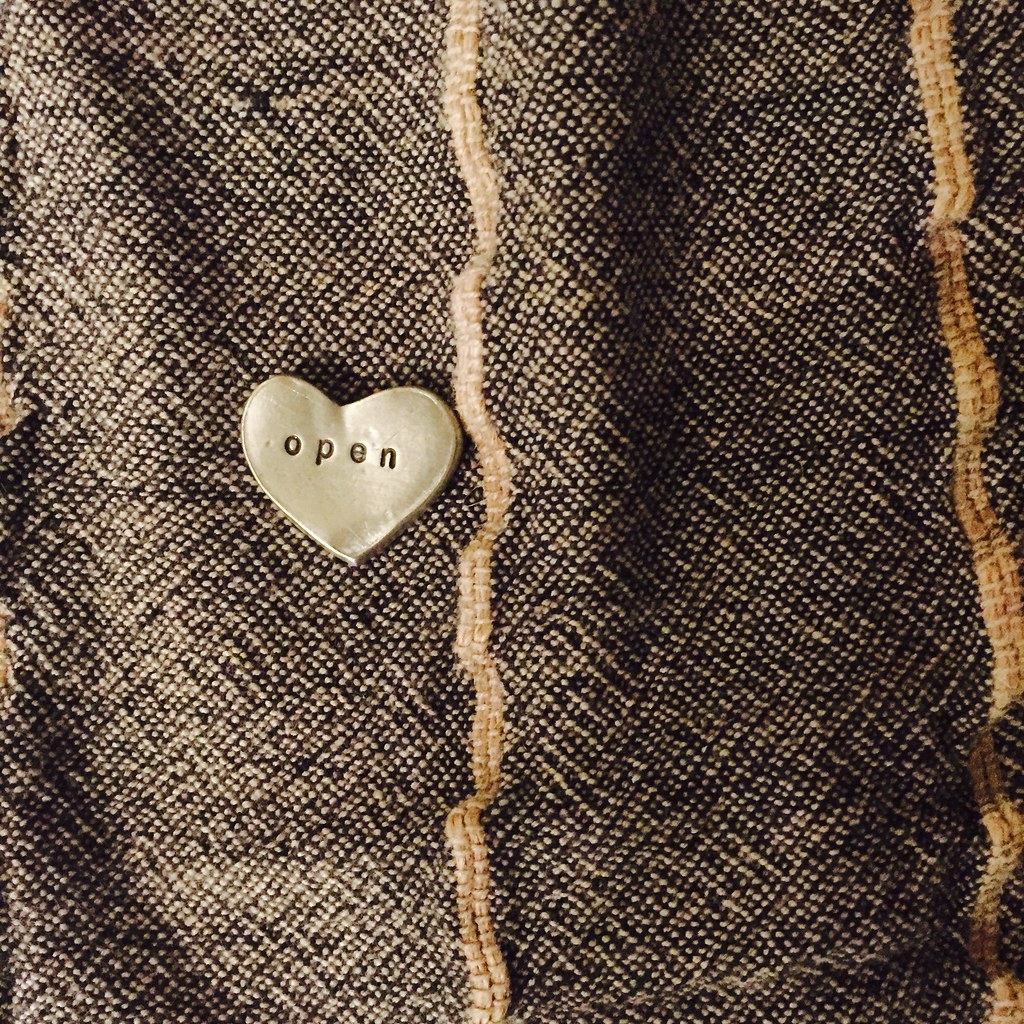 Many of my friends choose a word in the New Year to focus on rather than specific resolutions. As I usually have lists of resolutions, I was inspired to try it this year and I thought and thought about it and chose the word “open” as my word for 2016. My reasons were, I think, well considered. Open can be an action, as well as a reaction. I want to focus on creating community at the shop this year, I want to be open to new ideas and new possibilities both personally and professionally. In light of this, I decided to take a three-week yoga class this month that starts every morning, wait for it, at 5:10 AM. Which means I have to get up at 4:50. The class itself has been lovely. I feel myself getting stronger and well, more open. But I am so dang tired. Instead of engaging here and in other places, I am tired enough that all I have energy for at the end of the day is my book. Which isn’t all bad of course but not exactly what I pictured when I chose this word. It’s almost funny to me at this point.
*Note: late last week I realized I could just come home and sleep for another hour which has helped. I am SO not a person who can fully function on little sleep. 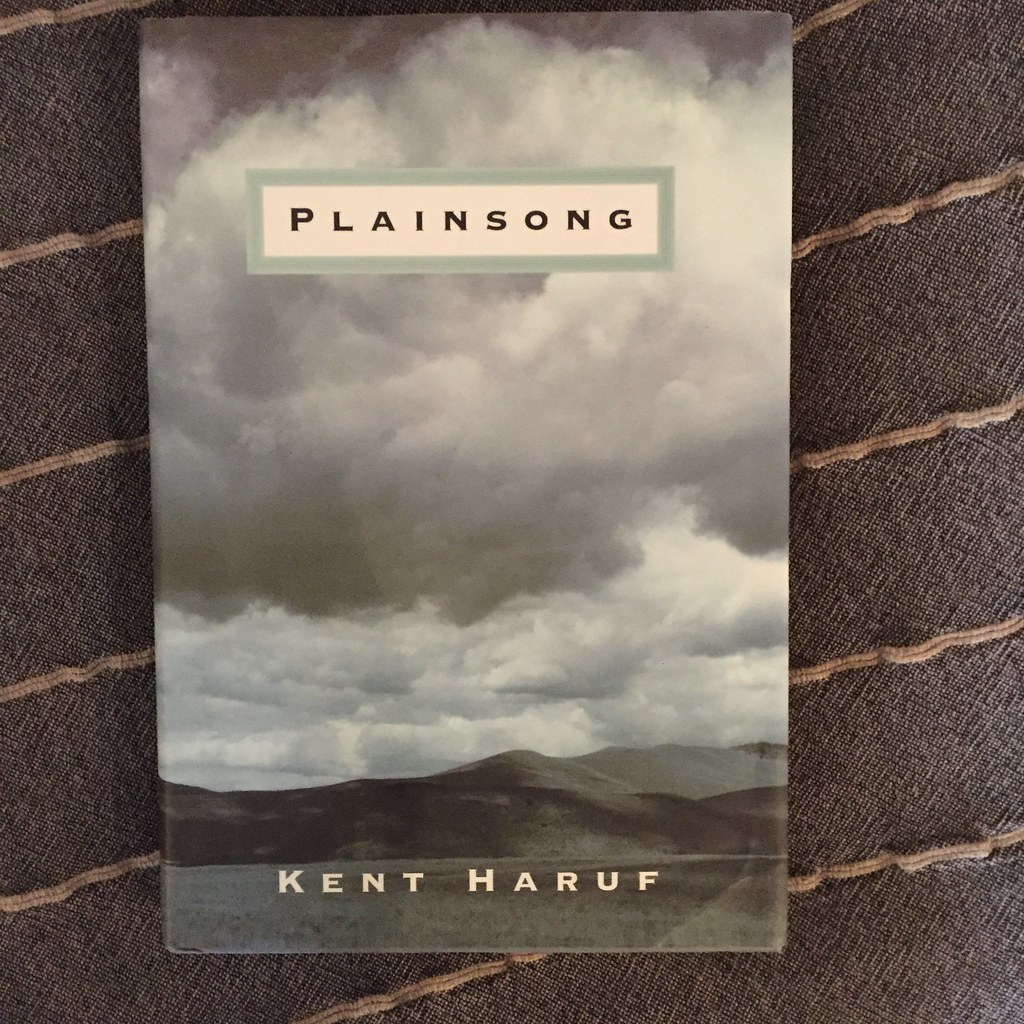 Already, in 2016 I have read essential books that will be with me for a long time. Somehow I have never read Kent Haruf. One of my favorite customers told me that I must read Plainsong. So, the week after Christmas I had a little time off to be with the girls and noodle around my house, I got it down from my shelf (this book has moved with us multiple times) and opened it. I fell down a Haruf-sized hole, reading Plainsong, Benediction, Eventide and the posthumously published, Our Souls at Night in ten days. All of Haruf’s novels take place in the fictional small town of Holt, Colorado. These are plain, small town novels but the characters and their families intersect with love and grace and connection. When the two cowboy brothers take in Victoria, a pregnant teenager and their lives are changed and their hearts are opened and they learn to love her, it’s life affirming and challenging at the same time. Read any of these novels, they will stick. 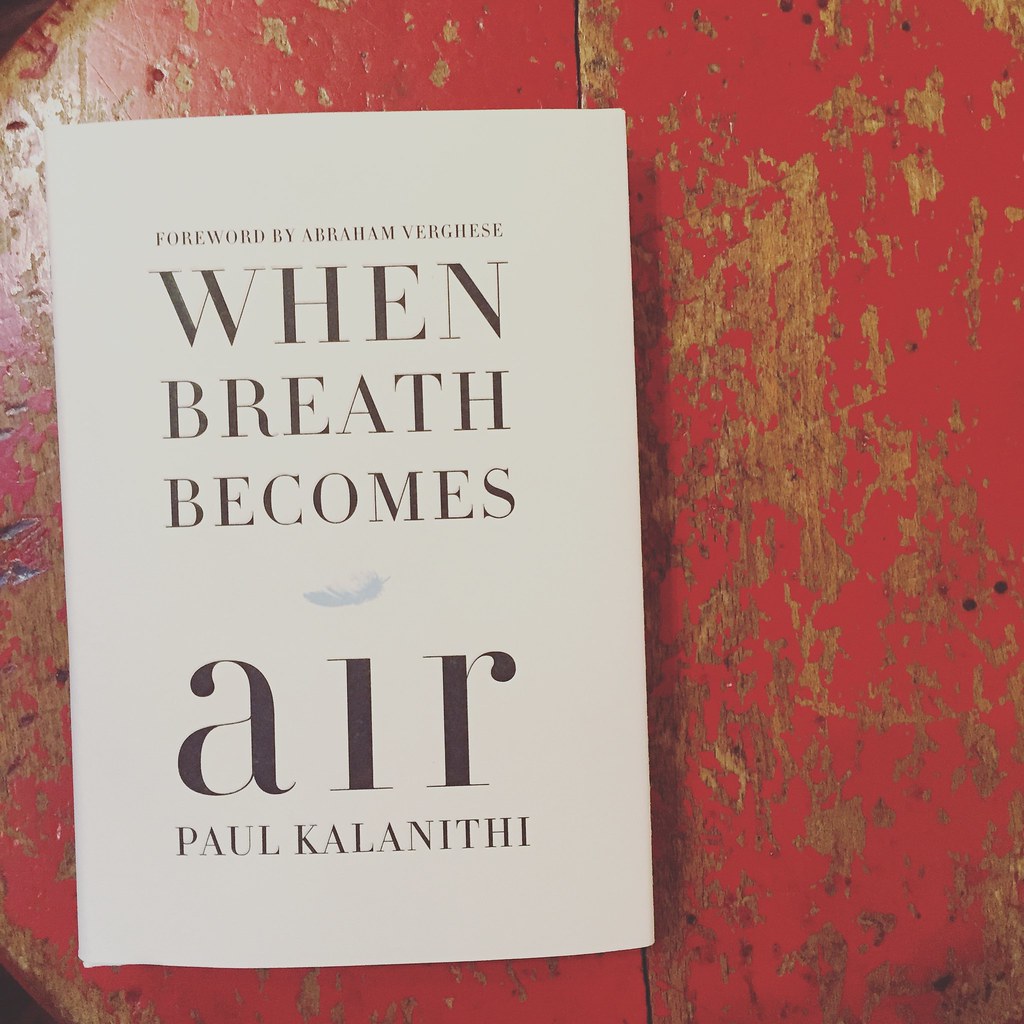 I read When Breath Becomes Air by Paul Kalanithi this weekend, and I have to say, please read it. It’s an essential one. If you’re local, we have lots of copies at the shop. Kalanithi was in his final year of a neurosurgery residency at Stanford when he was diagnosed with late-stage lung cancer. He died at 37, before he could finish the book. Janet Maslin, in her New York Times review says, “I guarantee that finishing this book and forgetting about it is simply not an option. There is so much here that lingers, and not just matters of life and death…”. I agree with Maslin. So much lingers and yes, it’s sad and difficult but there is an essential humanness that comes across in Paul’s writing.  I will come back to this book again and again. I have finished four books of nonfiction this weekend and am itching to get back to fiction. I am planning to start Anthony Marra’s The Tsar of Love and Techno: Stories tonight. 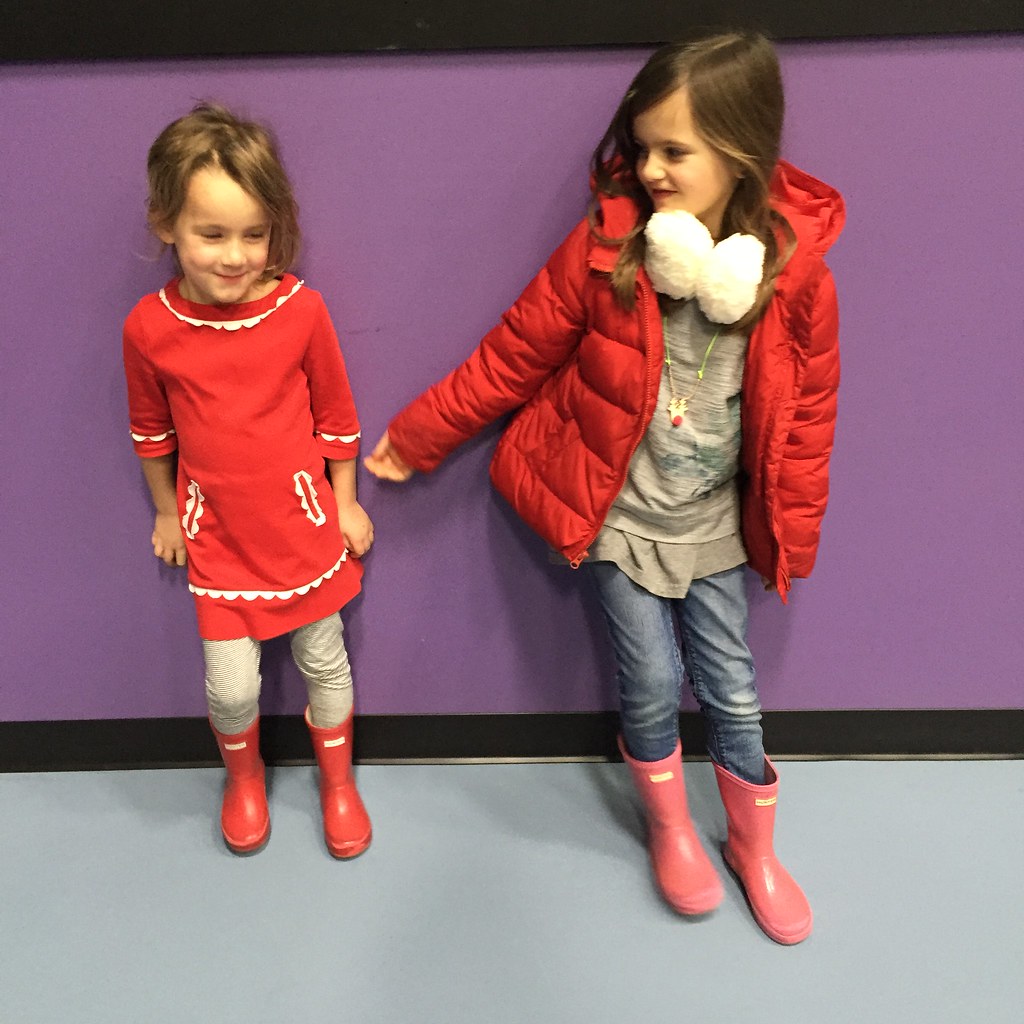 One thing I will say about Christmas 2015 is I never really saw it coming. Business at the shop tripled between Christmas 2014 and Christmas 2015. I thought I was prepared but boy, I am looking forward to next year and being way more prepared. I made a lot of rookie mistakes on amounts of books ordered, staffing, and plans for Cate during the first week of Christmas vacation. By Christmas morning I felt like toast. We had such a good day though – just our family in the morning, breakfast with Telfer’s family a little later and then dinner with Luke and Sherry and Co. Telfer got called into work Christmas afternoon but made it home to finish his crab two ways – king crab legs AND crab cakes. I also learned that taking the week off between Christmas and New Year’s is a must. The girls and I had such a good time. Eleanor was here and it was all low-key and enjoyable. Telfer and I spent one perfect night in Seattle together at our favorite hotel on the first of January. 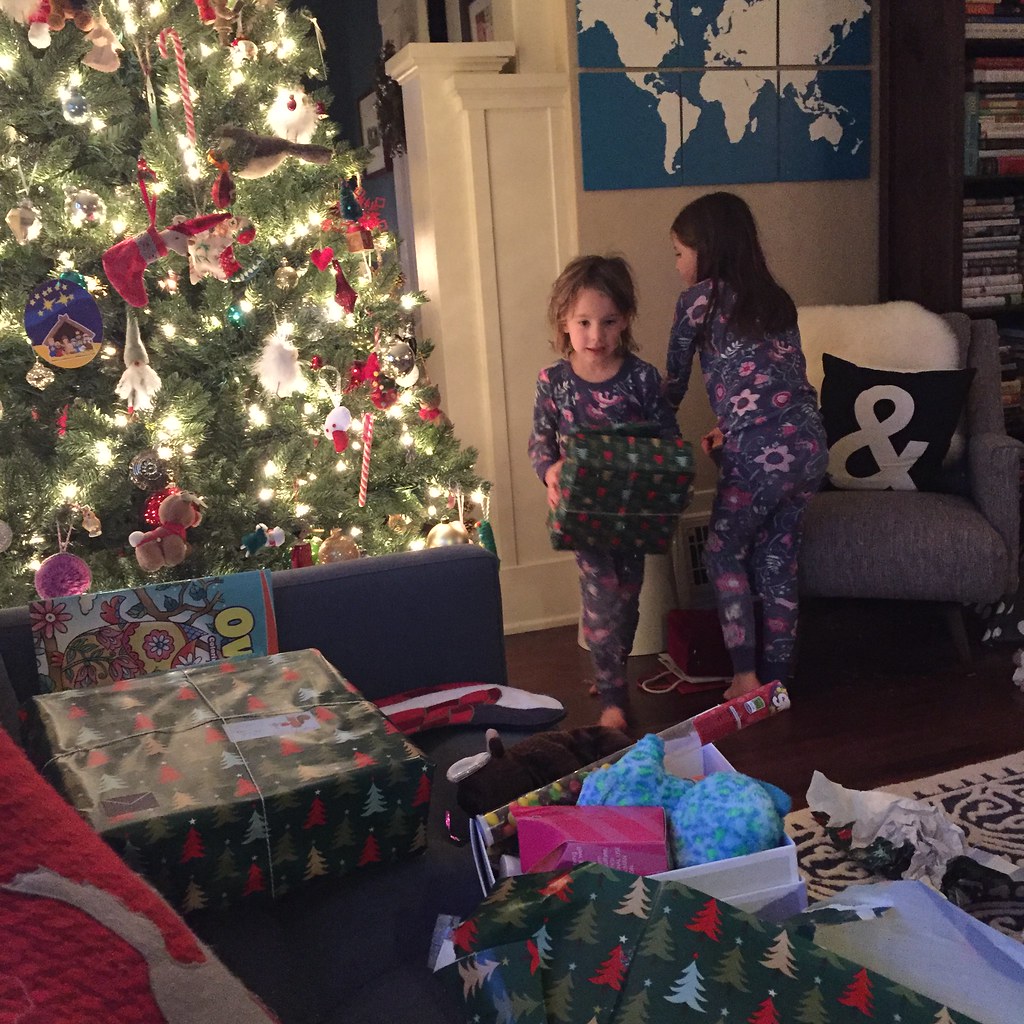 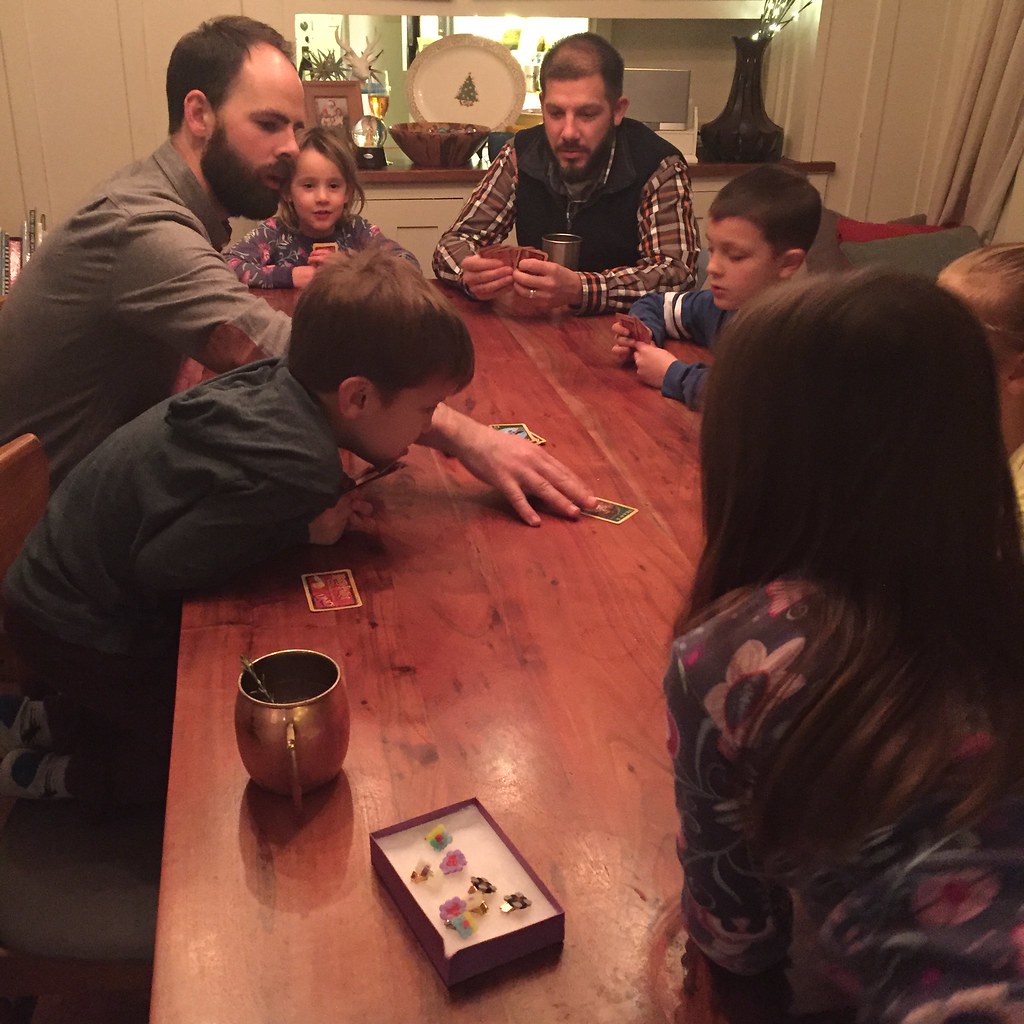 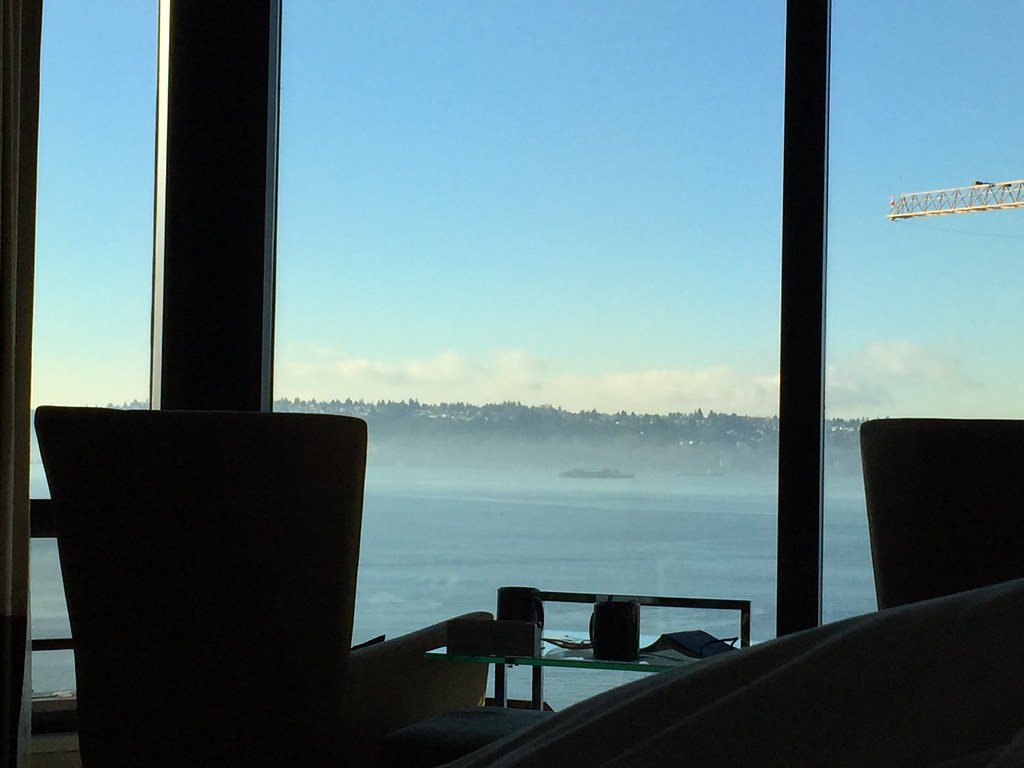 And obviously I plan to be here regularly in 2016. I hope this year is starting off well for all of you. Much love for reading and for nudging me to continue here.