Today makes me believe that Spring might stick around. Yesterday was Easter and today the sun is shining. I can see the merits of starting the calendar year in early Spring rather than January 1 for sure. This afternoon I had time to take George on our long walking loop. The other walkers and I kept beaming as we passed each other – the sun, the sun! The girls came home from school and immediately turned on the hose (it’s 58 degrees). Classic.

March has been a bit of a blur. A lot going on and it’s been cold and gray and rainy.  More so than usual. There have been bright spots however. I went to Portland for a book meeting and had a wonderful dinner with RaChelle at Bollywood Theater. Nana turned 88 and Chris and Mendy had such a lovely party for her. Michael Scofield visited for a few hours on a couple of different days. 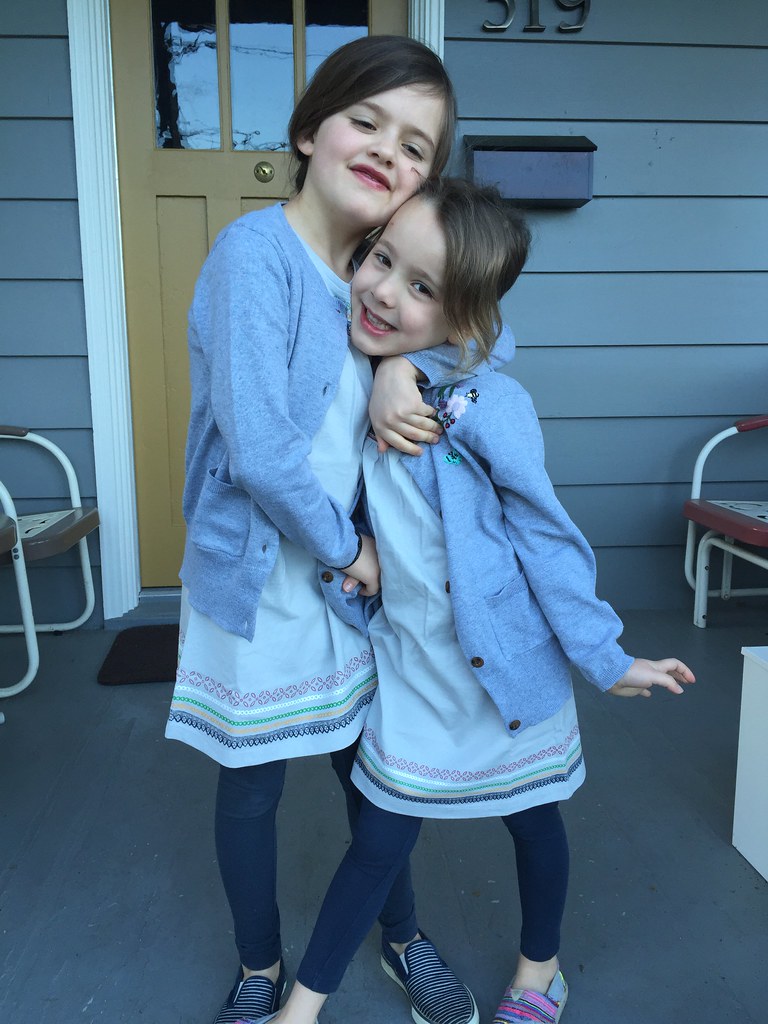 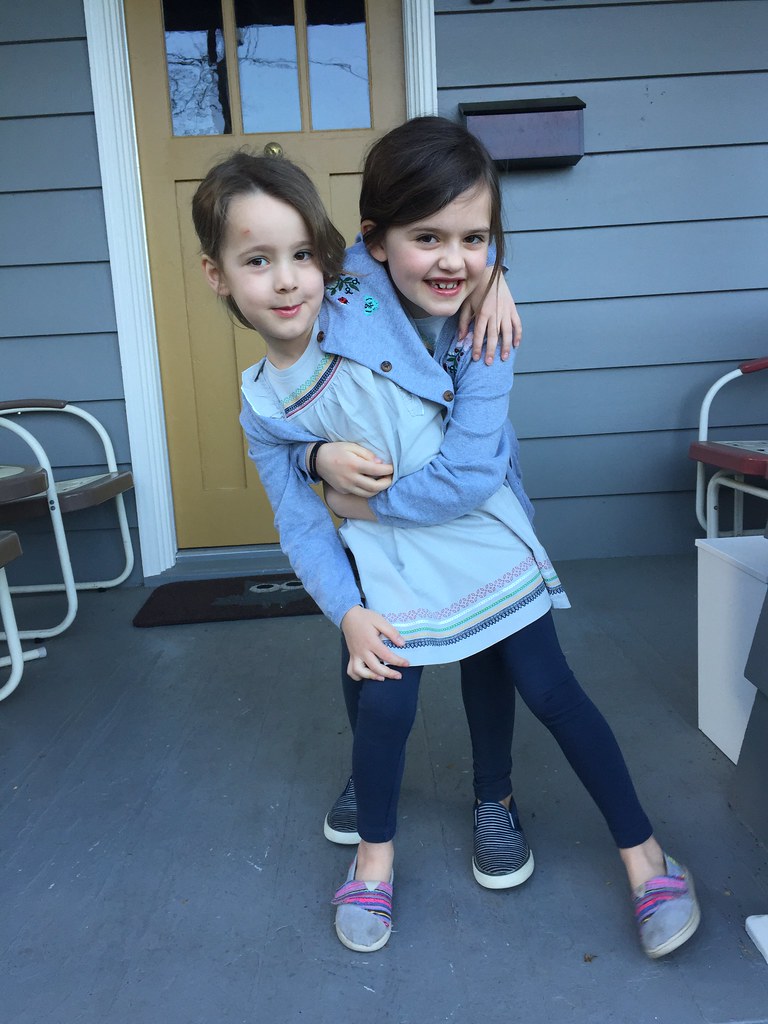 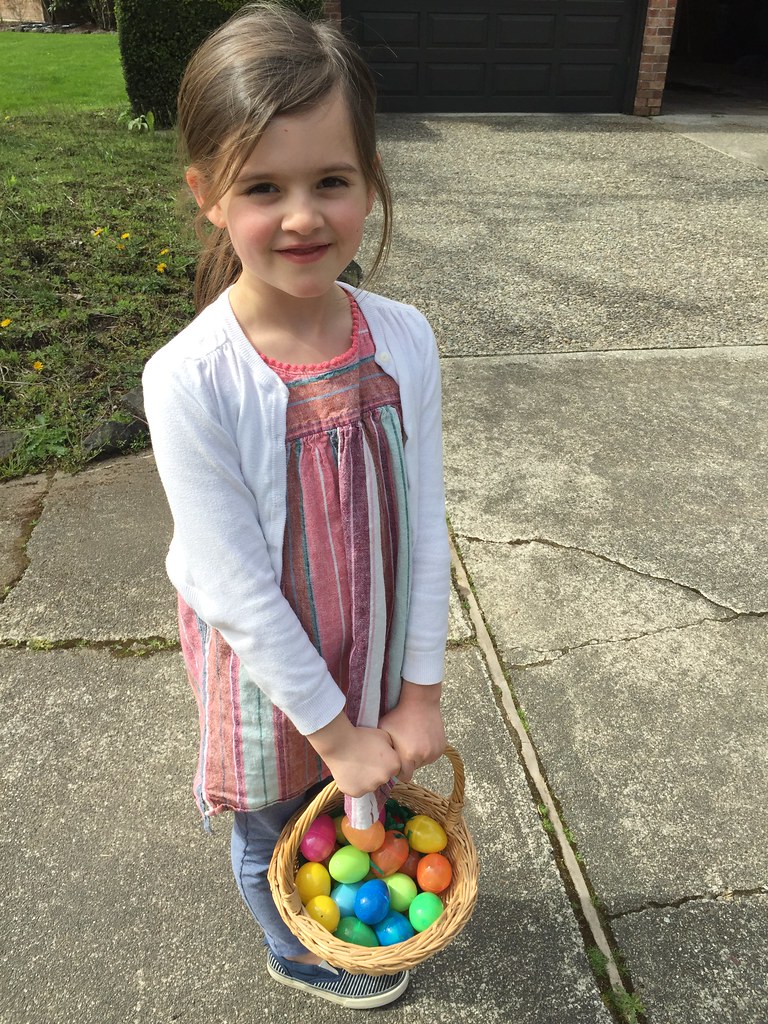 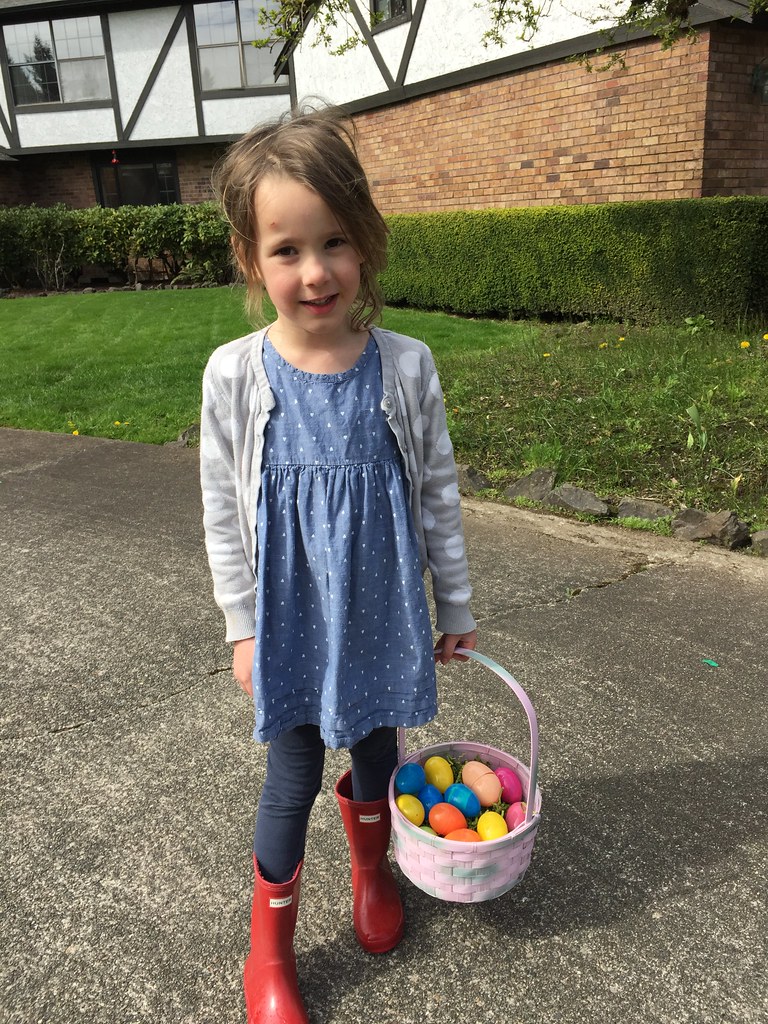 Easter was lovely. We had an egg hunt the day before at Grammy & Papa’s house with cousins. The girls had such a good time. Telfer worked most of the weekend and after the egg hunt, I hit a wall. I was so tired! I decided to read my novel instead of preparing for Easter brunch. It was a good decision. Brunch still happened, everything tasted delicious and the mood was warm and easy. We went to church and then had brunch at our house with the usual suspects (C&M, Nana, Duerre family, Liz & friend). Note: I have been making this fritatta recipe for ten years now. It’s very good. 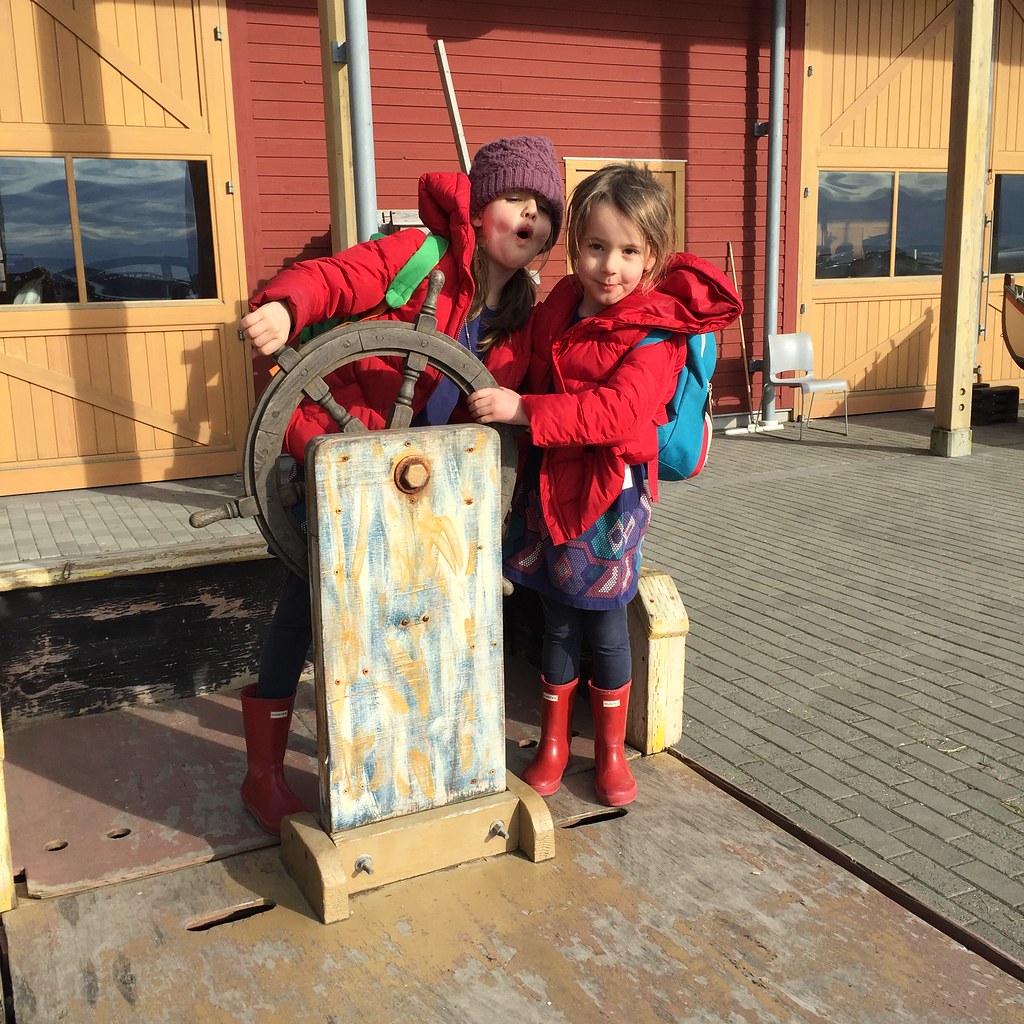 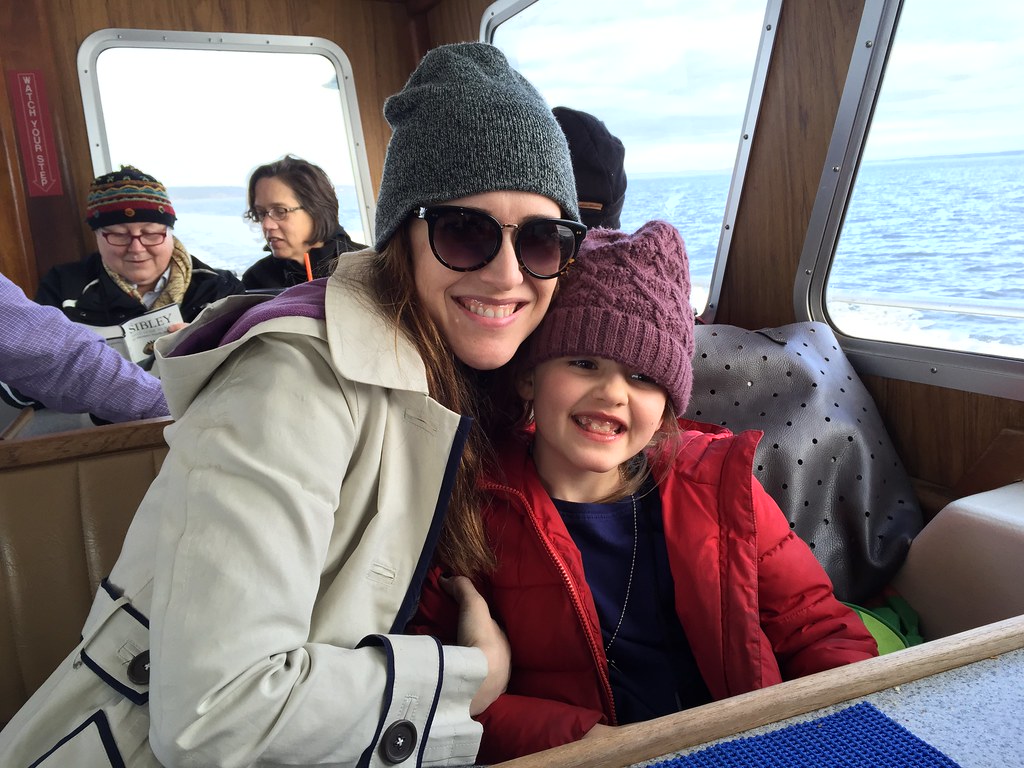 Last weekend we took the girls whale watching in Port Townsend. Cate is doing a research project on whales which served as the the impetus to go. It was such a fun day! The four of us hadn’t spent a whole day together in too long. We watched a gray whale for about an hour – it was mesmerizing. He would break the surface a few times, spout water, his tail would come up and he would head down to eat at the bottom of the Sound. Repeat. I could have watched him all day. I think the girls secretly loved the hot chocolate on board the boat best of all. 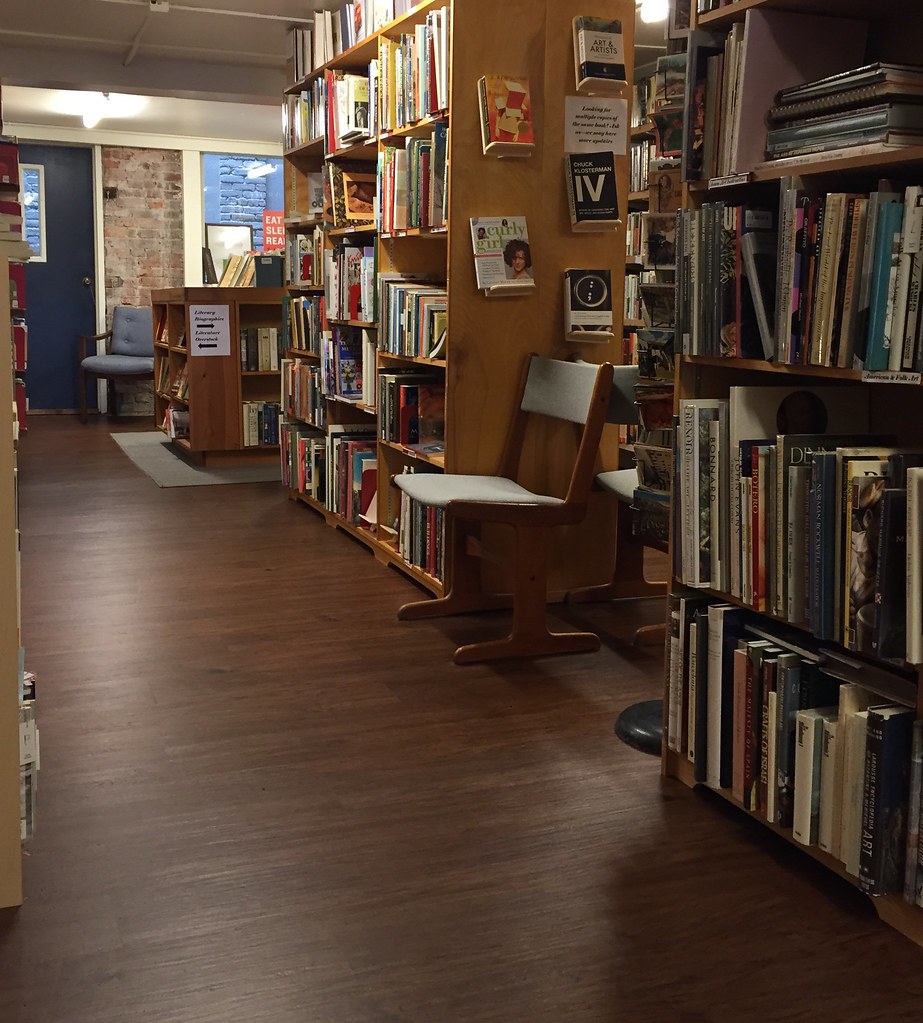 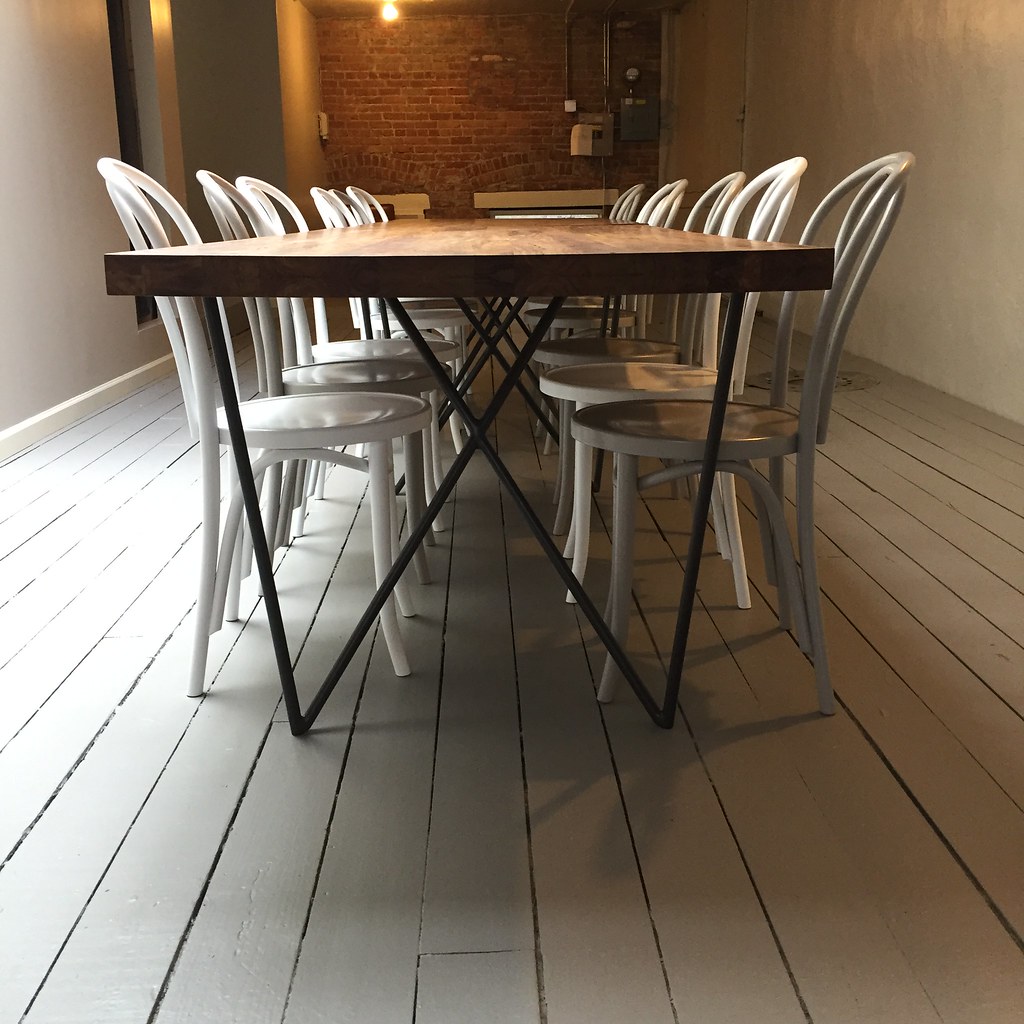 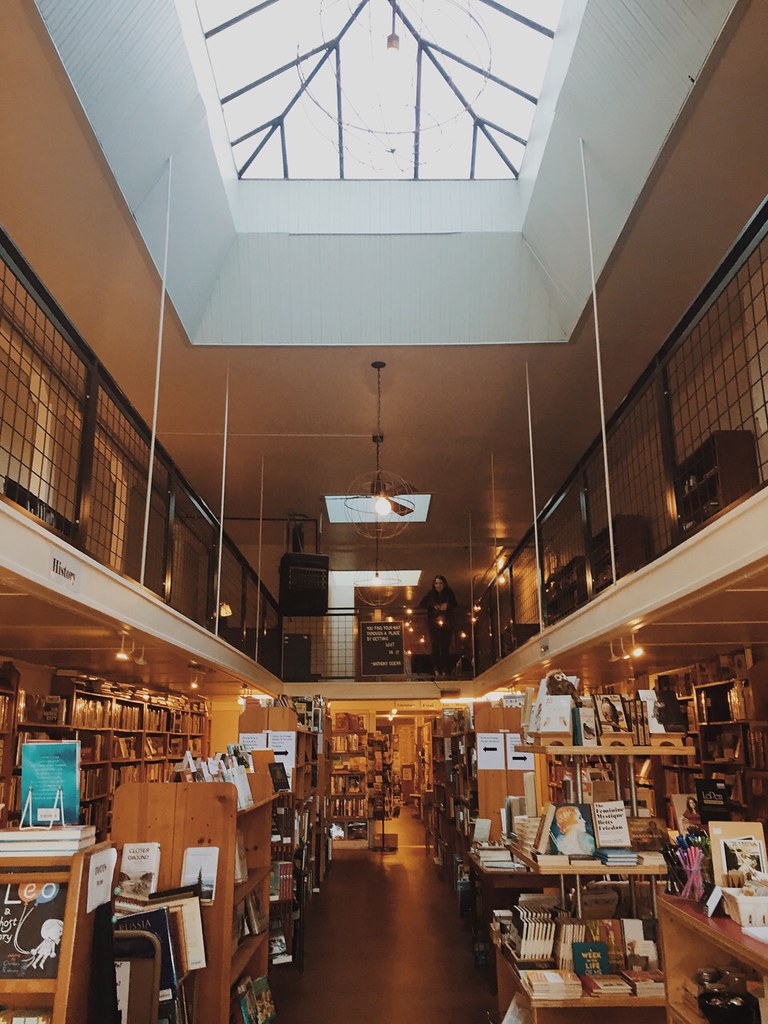 The shop is looking wonderful. We replaced the back floors a couple of weeks ago which was such a big job. We moved all the books and shelves off the floor on Saturday night, Telfer and his friend Tony put down the new floors all day Sunday and an employee and I put everything back late Sunday night to open again on Monday. We took the opportunity to move around a bunch of shelves and sections and I have to say it has made a huge difference. Everything is looking cohesive and open and bright and welcoming. We are also making progress with our upstairs space. The table and chairs were delivered right before the floors were finished. We are hoping to have groups start using the space in the next couple of months. We will also host a Browsers-run book club as well – probably our first meeting will be sometime at the end of May. Any ideas for the first pick? 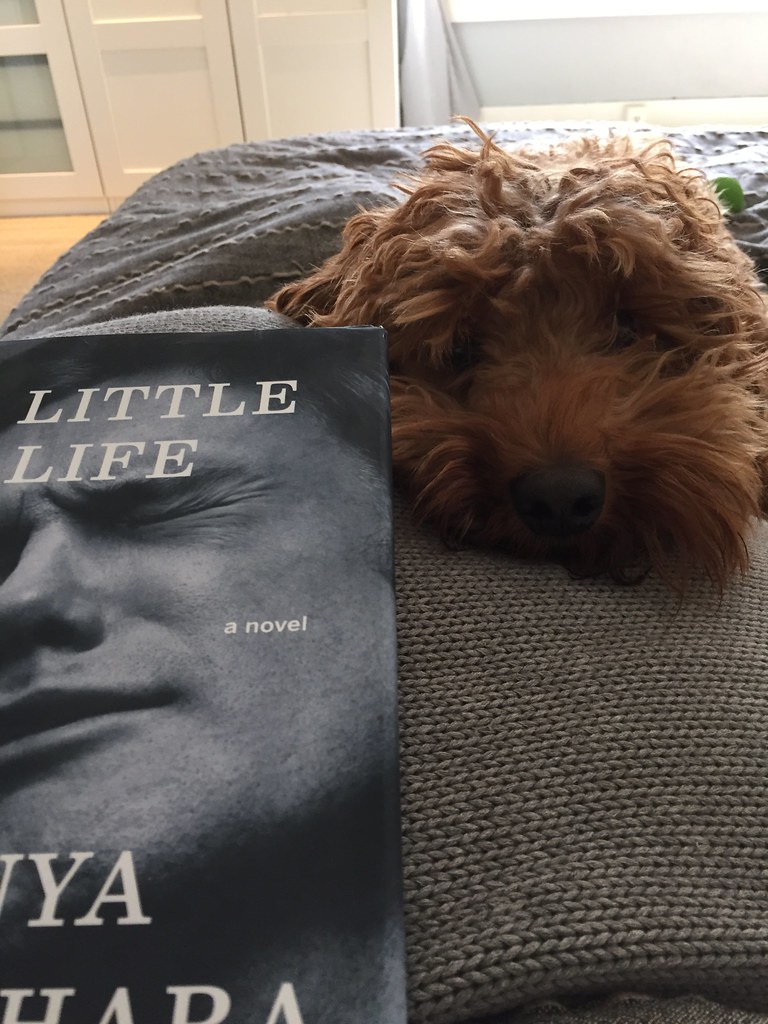 I am about 100 pages away from finishing A Little Life by Hanya Yanagihara. I have not been able to put this novel down and when I have, it’s impossible for me to stop thinking about it. I have actually had a Jude-infused dream. The novel is roughly about four college roommates making their way in New York after graduation. Jude is the central character and as the story progresses, it becomes clear he will never escape the trauma of his past. I have rarely been so moved or devastated by a novel. I am not sure if this is a convincing sell but if one of the reasons to read literary fiction is to develop a sense of empathy and compassion, this is a novel to read.

Today I finally faced the fact that Cate has conference week the rest of the week (she gets out at 11:45 – tell me, what is the point of this? Why not get conferences over with Tuesday and Wednesday and give everyone Thursday-Friday off?) and then Spring Break next week. Sigh. I think it will be easier next year when both girls are on the same schedule. Then I will plan to take the entire week off if possible. One more year of cobbling it all together. I meant to leave off on a less cranky note…

One thought on “Five Things: Blurry End of March Edition”